As you board your next flight isn’t it reassuring to know that two well trained pilots will be operating your airplane safely to its destination?

But how does this emotion reconcile with statistics whereby 90 percent of recorded incidents in aviation accidents being human errors, according to Tom Enders, Ex-CEO of Airbus? Do multiple humans in a cockpit automatically increase safety?

Major technological advances incorporated in every new generation of airplanes have made travelling by plane safer. They have also enabled the cockpit crew complement to come down. Where there used to be five, we now find mostly two-man cockpits, having released the positions of radio operator, navigator and the flight engineer. As each position was eliminated, workload was handed to ever more powerful technology and safety increased to record levels at the same time. 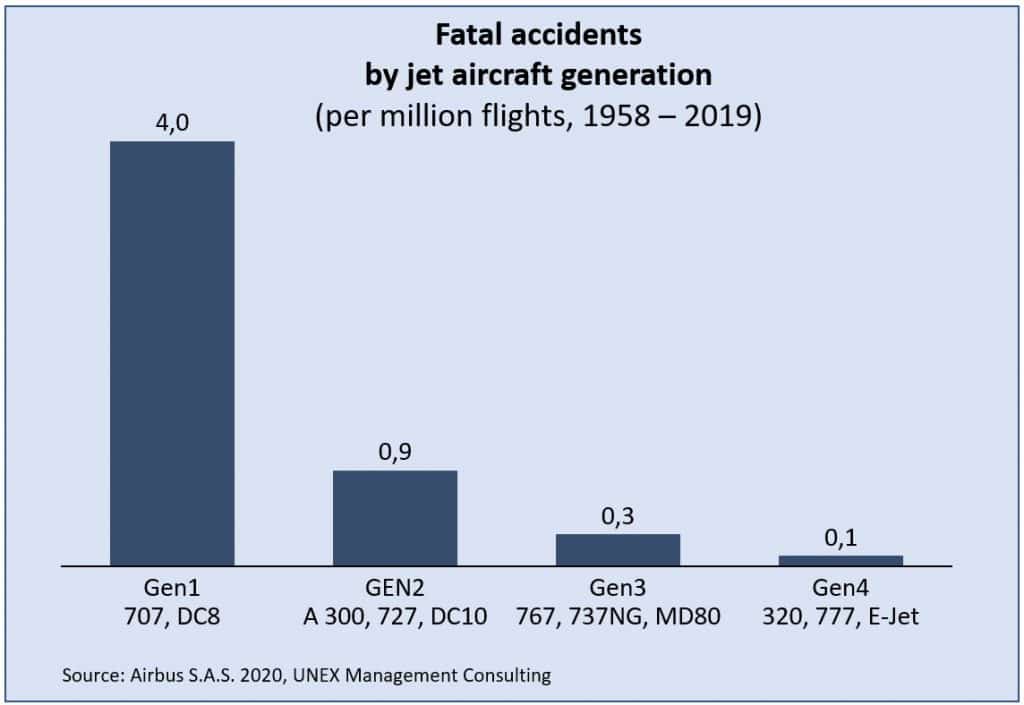 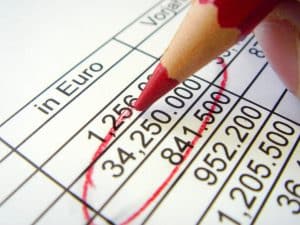 Clearly, the role of the pilot has gradually changed since regulations were laid down and will continue to evolve.

When to go the penultimate step: the single-pilot cockpit?

The topic has been on the horizon for a long time. In fact, an old pilot joke goes like this: “Someday airlines will have only one pilot in the cockpit and a dog. The dog’s job is to bite the pilot if he attempts to actually fly the plane.”

Indeed, today all modern jets feature Flight Management Systems (FMS), powerful computers that actually fly the planes most of the time. They are fed by more and better sensors as well as faster and increasingly more accurate input data than ever before. These machines are already capable of flying the plane from take-off to touchdown. Completely hands off. The 737 MAX accidents only emphasized the need for perpetual improvements to the FMS and reliable multi-redundant sensors.

When I published a short article on the issue three years ago, it gathered heated commentary of proponents and opponents alike. At the time I had remarked how advances in technology for autonomous flight would soon enable single-pilot operations, and I predicted first applications in the air cargo sector on shorter distances.

And so the story unfolds:

Last month Fedex quietly began flight tests with large single-pilot cargo aircraft, not somewhere in the desert but in densely populated Connecticut. The testbed they use is an ATR Turboprop aircraft. For reference, ATRs can carry 78 passengers.

After decades of rapid growth in aviation globally, pilot shortages had become the norm. Prior to COVID airlines were poaching crew members from each other at ever increasing salaries and benefits. Against this backdrop the news about the Fedex tests alarmed the pilot community, coming at the worst possible time when many are facing COVID-induced layoffs. Internet forums are ablaze with pilot unions weighing in heavily against the idea, mostly on safety concerns. The pilot community points to daily occurrences with the supposedly reliable FMS. “What the hell is it doing now?” is an often-heard question in cockpits around the world. And they worry about unique, unprecedented situations that no software could have foreseen where intuition and creativity is required to avert disaster.

Still, regulators are open to the idea of single-pilot cockpits and so are air frame manufacturers. Obviously, airline executives are attracted by potential cost savings, but publicly most remain quiet because of the highly controversial nature of this hot potato.

If you look closely the concept is already in use. We see it in the military. We see it in civil aviation with countless little planes for private, corporate and commercial use, such as sightseeing. For instance, with 40,000+ units delivered the Cessna 172 is the most successful aircraft in history. Yes, these cockpits are vastly less complex, but we see it even in passenger jets now. In 2018 Swiss manufacturer Pilatus introduced the PC24, a 12-seater jet fully certified for single-pilot operation. So apparently the concept is here already. Interestingly, sufficient numbers of passengers are comfortable enough to board, and these aircraft models are commercially successful.

Evidently, regulators have found single-pilot 12-seaters safe enough to be certified. How about 30 or 80 or hundreds of passengers?

Major developments in technology, hardware, software and artificial intelligence, cannot be ignored. FMS are getting more sophisticated all the time. It is why practically all innovative small aircraft startups are designing and testing their air taxis and commuter aircraft to fly completely pilotless. At this time massive investment in autonomous vehicles is accelerating developments. Deeper integration of the many systems in and around the aircraft will be key, including a step change in the utterly outdated and error-prone radio communication between human air traffic controllers and pilots.

Consider: At a time when computers can successfully land a NASA Rover on Mars in an extremely complicated process, with no direct human involvement, why would future airplanes still require two humans to pilot it?

Look at it this way: In essence we still have plenty of piloting skill on hand. All that is happening is moving one of the pilots from the cockpit to a remote location. The most advanced software will fly the plane and the remaining pilot in the cockpit will be a backup if anything should fail. The way I see it, we will have three highly qualified pilots operating the flight:

One:      Autopilot, the “pilot flying”, enhanced with AI and multi-redundant

Airline safety is about minimizing risk. Zero risk does not exist. Do single-pilot cockpits increase risk above dual-pilot cockpits? Debates are raging, with many vested interests. Lives are at stake. This is why testing is so important. Because acceptable risk levels vary, the military will first be followed by air cargo, beginning with shorter missions inside a unified regulatory space.

Passengers will remain hesitant. Cheap tickets alone won’t be convincing. But over time attitudes will change provided they see innovators like Tesla, Apple or well-funded air taxi startups roll out driverless cars and drones. If those succeed, single-pilot cockpits in large commercial passenger aircraft are not far off.

The team at UNEX are keen observers of the aviation world. Frankly, cockpit technology is not our core competency, but we do consult airlines on commercial strategy including fleet selection, network design and HR planning. In the technology space as such, our strong suit is cutting edge distribution, as discussed in other articles of this series.

About the Author: Horst Findeisen